The museum of communism victims and uranium mining history

This is an authentically preserved prison area, which is unique in Central Europe. This was originally a prison camp for German war prisoners. Located in between former uranium mines, it served as a forced labour camp in 1949–1951. The site was used as a prison for political prisoners of the communist regime until 1961. The museum exhibitions feature instances of persecution after the communist takeover in February 1948. They include documents dealing with anticommunist resistance and provide information about the history of uranium mining in this area. 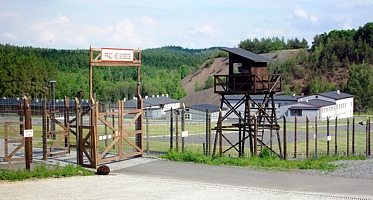 In 1947–1949 a labour camp was built by German war prisoners in the middle of the forest some three miles south east of Příbram (a town located 582 metres above sea level) on the borderlines between the village areas of Laškov, Lešetice and Zavržice. The camp was called „Vojna“ which is the name of a nearby hill at the foot of which it is located. Similar camps existed also in the Jáchymov and Slavkov areas. All these camps were used for the mining of strategically important uranium ores.

According to valid international treaties, the German prisoners of war had to be moved to Germany at the end of 1940s and at the beginning of 1950s. A problem arose as to how the vacated workplaces would be filled. After the communist takeover in 1948 and the subsequent changes in the law, the then leadership of the Czechoslovak state decided to use a large number of inmates from who from the middle of 1949 for forced labour, these peole were sent to the former Vojna war prisoner camp. These were individuals who had been detained illegally for political reasons, often without being placed on trial first. Gradually, Vojna became the largest forced labour camp in Czechoslovakia whose inmates were used as labour in the uranium mines. On the 3rd March 1950, the camp had 530 inmates. On the 3rd of May 1951 it rose to 761 inmates. These prisoners were expected to work in the mines and also to work within the infrastructure of the camp. They also participated in building work, extending the camp. A special unit of the extraordinary force of the Czechoslovak police (SNB) whose name was „Crane 3“, guarded the prison camp from May 1950 onwards. 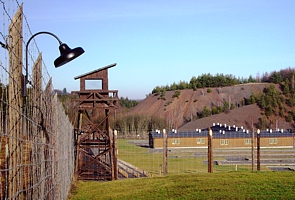 In 1951, the Vojna forced labour camp was restructured and transformed into the „Vojna re-education forced labour camp“ (NPT-U), a part of the prison network. The „most dangerous, especially political prisoners“ were imprisoned at Vojna. These were mostly people supporting democracy who had been sentenced in show trials often for 10 or more years of imprisonment, usually for high treason, for attempted high treason, for assisting high treason, for alleged espionage, for attempts to leave Czechoslovakia without permission or for subverting the „popular democratic order“. Usually, the prisoners had been sentenced, according to law No. 231/1941, which protected the „people' s democracy“, and according to Law No. 86/1950. Criminal prisoners and perpetrators of non-political crimes were also serving their sentences as were people who had been sentenced for collaboration with the previous Nazi regime and black marketeers. 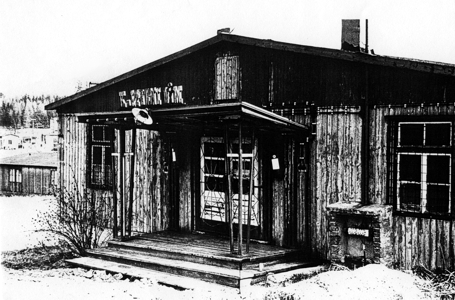 According to the Central Archives of the Prison Service of the Czech Republic in Prague, there were 790 prisoners in the NPT Vojna camp on the 1st Septembr 1952, 963 prisoners on the 1st of March 1953 and 1517 prisoners on the 1st of July 1956. From the 1st of July 1956, the Vojna camp was no longer run by the prison authorities in Ostrov nad Ohří, but came to be governed by the Regional Office of the Prague Interior Ministry. On the basis of an agreement dated 21st of October 1949, and a subsequent agreement dated 28th of July 1950, concluded between the Justice Ministry, the headquarters of the Prison Wardens Service and the Czechoslovak Mines National Enterprise, and the inmates of the Vojna prison camp were deployed to work in the Příbram uranium mines. They participated in the building of new parts of the town of Příbram. 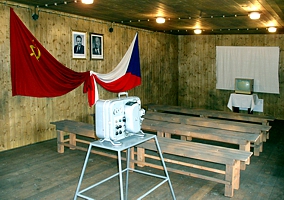 In 1953 a large new camp called „Z“, located near mine no. 11 in the vicinity of the village of Bytíz was set up in the Příbram area. On the 25th of December 1953, there were 1580 prisoners in this camp. On the 13th of July 1956, this rose to1894 prisoners. Many of these were political prisoners. Until 1954, the Bytíz prison was guarded by the fourth unit of the „Crane“ battalion of the Czechoslovak police. The Vojna prison camp was guarded by the 1st unit of this battalion. Henceforth the Vojna camp was guarded by the 4th battalion of the 6th brigade of the Internal Guards of the Interior Ministry. 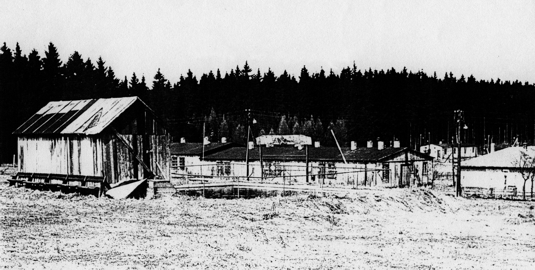 A number of important personalities who had played a major role in the pre-communist Czechoslovakia were imprisoned in the Vojna labour camp. The communist Czechoslovakia rewarded them by forcing them to mine uranium behind barbed wire. There were well-known scientists, artists, priests, politicians and sportsmen; for instance the ice-hockey players who had won the 1947 and the 1949 ice-hockey championships. 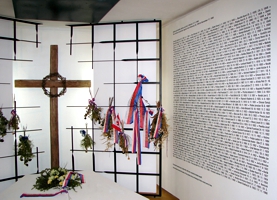 It is quite ironic that many heroes of the anti-Nazi resistance were imprisoned in the camps along with their recent adversaries, the Nazi war criminals, members of the former Nazi administration, collaborators and traitors. These Nazi criminals were often used by the governors of the prison camps to supervise the political prisoners. Innocent people were forced to suffer for many years in the company of these prisoners. Many prisoners tried to organize escapes. Most of these were unsuccessful. There were also protests, for instance the hunger strike which took place in the Vojna camp in July 1955. The participants of this hunger strike were punished by eleven sentences for treason and subversion and the punishment ranged from four to twelve years' imprisonment. The Nazi criminal Pampl, a former member of the Nazi Sicherheitsdienst during the German occupation of Czechoslovakia in the Second World War, became a crown witness in the investigation of this case. It was prisoner Pampl who reported the organisers of this hunger strike to the communist secret police. Five years later, he was prematurely released for exemplary behaviour. The last of the organisers of the hunger strike was not released until the amnesty in 1968. 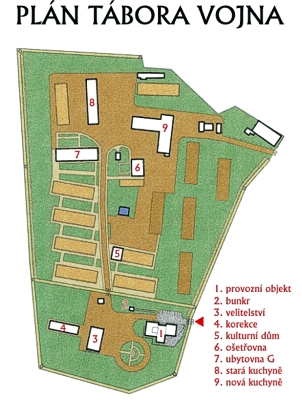 The Vojna prison camp is the last locality where authentic prison objects from the times of communist persecution have survived. This is why on 16th of June 1999, the government of the Czech Republic issued Decree No. 609 ordering that a memorial should be constructed here to remember the suffering of Czechoslovak citizens during the times of communist arbitrary rule. This decision was confirmed by Czech government Decree number 264, dated 15th of March, 2000. When the former Vojna prison camp was partially reconstructed, a thematic exhibition in the Vojna Memorial was created. This thematic exhibition is a part of the Mining Museum Příbram. The museum of the Third Czechoslovak Resistance in Příbram and the Confederation of Political Prisoners of the Czech Republic have also participated in the creation of this exhibition. Sixteen historically important buildings have survived. Of these, the most significant are perhaps the buildings of the Camp Commander's office, a punitive cell called „bunkr“, residental unit G, the house of culture, and a former doctors' surgery. All these buildings are situated in between the former uranium shafts Vojna I and Vojna II.

The history of the Vojna labour camp was not long, but it is our important task to keep the public aware of what was happening here and in other similar camps. This knowledge must be retained for future generations.

The Vojna labour camp was proclaimed a National Cultural Memorial in January 2001. After extensive reconstruction, it was opened to the public in 2005.